Parking problems don’t end with the search for a parking spot. The costs associated with traditional parking systems are too exorbitant for the average citizen, altogether discouraging people from automobile usage, who are now resorting to alternative modes of commuting such as public transport and privately-owned shared car services just so they could avoid paying high parking costs. Let’s find out whether low parking costs encourage automobile use. 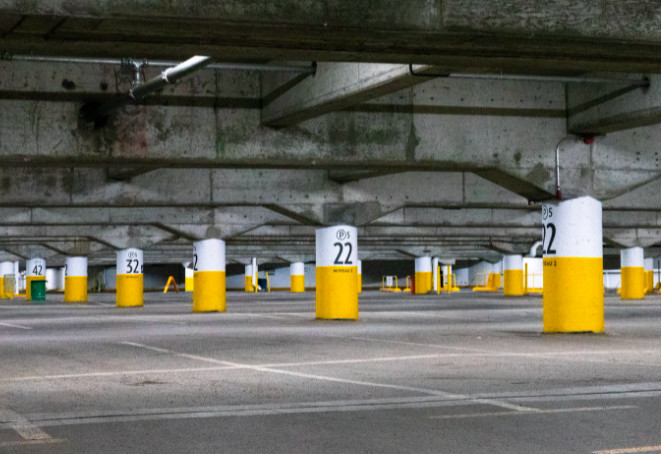 The Hidden Cost of Parking

‘Parking pain’ is a real thing. This collective term is used to include all stresses related to parking costs because the problem is not as shallow as the apparent cost of parking but has deeper roots. For instance – It often happens that drivers find it difficult to determine the exact time for which they might need a parking spot and to avoid exorbitant fines associated with parking violations; they end up making an overpayment. Moreover, certain parking garages have a very rigid rate card structure wherein a driver is required to make a minimum one-hour payment even when he needs to use the garage for just half of its time – 30 minutes.

If this wasn’t bad enough already, there are even bigger surprises. Too often hidden costs are completely excluded from the picture. For instance – INRIX Research compiled the world’s largest parking database where nearly 6,000 drivers from 10 of the busiest US cities were surveyed. The purpose of the research was to reveal the ‘actual cost of parking’ for drivers, the cities and their economy.

The shocking results of the survey stated that on average, American motorists spend 17 hours per year in search of a legal parking spot and the cost wasted per driver is an estimated $345 in fuel, time, and carbon emissions. Further, the research found that among the 10 US cities surveyed, the worst plight was that of New York drivers. In the Big Apple, drivers spent a whopping 107 hours per year on an average in search of a parking spot and the amount wasted in time, fuel, and carbon emissions per driver was $2,243! Such numbers are not sustainable.

Add to the above-mentioned numbers the cost of parking itself and it becomes absolutely clear as to why motorists are discouraged from using automobiles. When it comes to the cost of parking and its correlation to automobile usage, one can safely apply the basic ‘law of demand’ which states that all factors remaining the same, the demand for a product or a service is inversely proportional to its price. Similarly, as the cost of parking reduces, people feel more encouraged to use their vehicles.

The root of the cost problem, when looked deeply, lies in inefficient and obsolete traditional parking systems that have contributed both directly and indirectly to a hike in parking prices. Directly by not streamlining the parking scenario in a manner that is cost-effective and indirectly by acting as a breeding ground for the above-mentioned wastage of time and fuel and increased vehicular emissions.

Hence, to effectively deal with the cost problem, outdated parking systems need to be done away with, allowing a new-age technology to take over.

Fortunately, with the emergence and growth of IoT-based smart parking technology, the ax can be laid at the root of the issue. Since it was uninformed drivers going around in circles hunting for a parking spot who ended up wasting time, money, and fuel; IoT-based smart sensors and cameras relay necessary parking data such as availability of a parking spot and its exact location to the driver in real-time and in combination with advanced reservation features, they aid in eliminating traffic congestion, reducing driver stress, and avoiding unnecessary wastage of time and fuel. Moreover, since the system is automated, a driver can pay exactly for the time he ends up using the parking garage, unlike traditional parking systems where he chooses an overpayment over a parking ticket.

Drivers can also receive alerts so as to avoid taking routes that are overcrowded and can stick to less-traffic lanes for a quicker and more reliable trip. Naturally, when traffic congestion reduces, so does the harmful carbon emissions responsible for damaging the environment.

So we see that low parking costs do encourage greater automobile usage but it is the use of smart parking technology equipped to streamline the parking scenario that not only a fair parking pricing system can be set in place but also hidden costs associated with parking can be eliminated.