With pollution, traffic congestion, and a need for social distancing growing in our cities, biking is the best transportation method. Thankfully, some European cities are already miles ahead in ensuring enthusiastic biking and a greener environment. Here are the top 10 bike-friendly cities in Europe renowned widely for their bike friendliness. 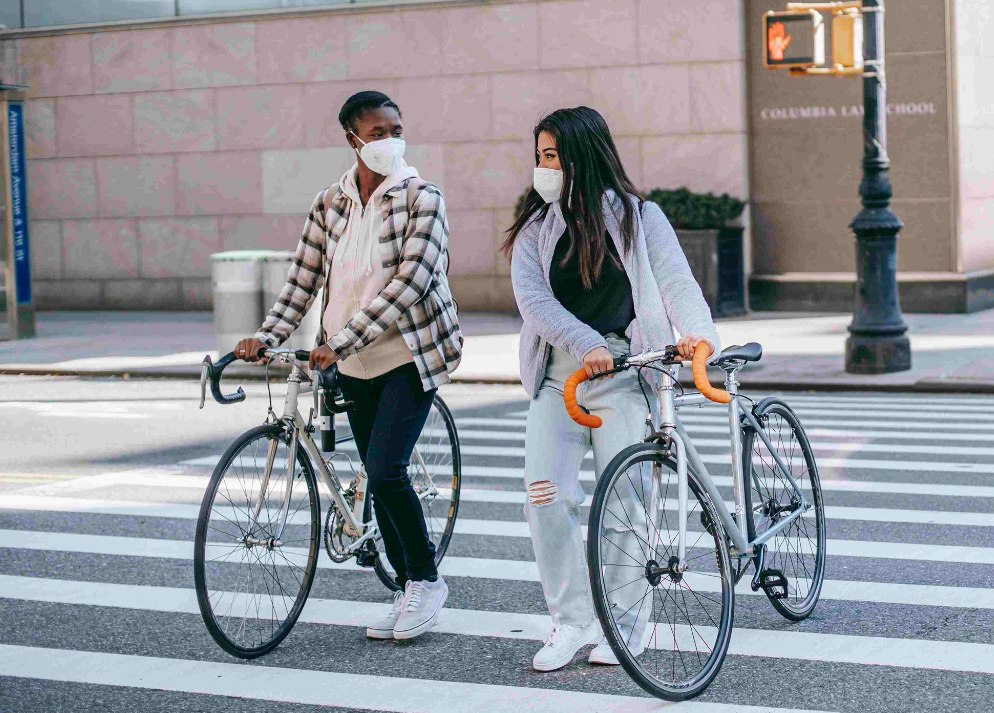 A city well-known all over the world for its bike-filled streets, Copenhagen undoubtedly tops the list of bike-friendly cities in Europe. The city has over 560 thousand bikes, a number that exceeds its total number of residents. The town also has wider roads to accommodate both tourist and local bikers, and even its congressmen travel to work on their bicycles.

This Belgian city is commendable for its bike-friendly roads and infrastructure. A biking map is available throughout the town on GPS enabled devices like smartphones and PCs. The length of its bicycle paths, when added, reaches a staggering 500 km, and the management is far from a stopping point. The authorities are currently looking to develop bicycle parking at railway stations and encourage lower biking speeds via smart tech.

It’s one of the best bike-friendly cities in Europe. In Amsterdam, even tourists are encouraged to bike to famous spots. Not only has the city done amazingly well in promoting bike commute via interactive messages, but it has also maintained its excellent biking infrastructure despite the heavy bike traffic it sees every day. An interesting fact – almost 40% of all commute in the city happens on bicycles.

If you travel to Strasbourg, you will find its men and women to work every day on bikes. The city is replete with bikers and bike-friendly paths. It has recently started modernizing its existing biking network and encouraging both tourists and locals to adopt bikes more readily. Moreover, the government is continually investing in developing smart biking solutions.

Containing numerously twisted and straight-up delightful biking pathways, Malmo is a Swedish city that understands the importance of using bikes for everyday travel. It has about 490 km of biking roads, and most of its residents use bicycles for their daily commute.

Bremen is a German city that invented separate biking streets and is now leading the way in creating a biking district. The city administration has invested millions of Euros in extending its biking roads across the town, and even its existing 674 km of bike roads are well-maintained and nicely divided. Bremen’s Green Mobility Plan includes the formation of new bike parking spots in smart biking districts across the city.

If smart biking had a name, it would be Utrecht. This city, located in the Netherlands, is the world leader for bike-tailored traffic management and green commute. Most of its residents travel to school, work, and even to restaurants and grocery stores on bikes. The city is also developing multistoried bicycle parking spaces and bike trails through busy routes.

This Slovenian city, with over 300 km of biking path, is small only in size. For tourists and local visitors, the city has introduced a bike rental project. At the checkpoints for renting bikes, tourists can request bicycle service or inflate tires quickly. Moreover, locals also prefer biking over other forms of commute within the city.

Investing heavily in on-street biking infrastructure, the Austrian capital of Vienna is quickly emerging as a green commute capital. The administration recently introduced about 5000 bike parking lots, a huge relief for its bike-preferring residents. Most people can rent or purchase cargo bikes at subsidized rates and enjoy green travel without burning their pockets in the city.

The gorgeous capital of Finland has over 3500 bikes in service and has recently launched a bike-share program to increase bike travel throughout the city. It has also heavily invested in ensuring biker safety and is continuing to experiment with smarter bike travel.

Smart biking rules, attentive governance, and responsive citizens make the cities mentioned above a massive contributor towards a greener planet. With the proper utilization of resources, most cities in the world can hope to establish greener travel benchmarks, much like these European cities.