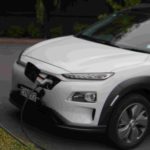 Why are Electric Cars Getting Costlier While Their Batteries Get Cheaper?4 min read

Why are Electric Cars Getting Costlier While Their Batteries Get Cheaper?4 min read

The average electric car battery is 80% cheaper compared to when they were introduced in 2012. So why haven’t electric cars become cheaper? Visit our blog to find out.

Battery prices for electric vehicles have continued to drop for a decade. In fact, electric car batteries are now 80% cheaper than in 2012. Besides, any clean energy technology tends to become more affordable as it grows in popularity.

For instance, the cost of utility-scale solar electricity reduced by 82% since 2010. Lithium-ion batteries have become less expensive since 2011. Onshore wind costs have dropped by 39%. Renewable energy is currently cheaper than coal in several places around the world.

How Does Technology Age In the Auto Industry?

New technology is expensive, and car manufacturers usually add advanced features to luxury vehicles first. This way, they recover the costs incurred in installing the latest tech. Gradually, either the luxury cars become popular, or the technology does.

This is how technology trickles down in the automobile industry. It eventually becomes accessible to larger market segments. For perspective, technology like anti-lock brakes, and stability control systems, all went through a similar lifecycle before they became accessible. So, what happened with EV batteries?

What Happened To Electric Car Batteries?

In 2011, the Nissan Leaf with the EV battery technology constituted about 95% of the electric car market in the US. That’s what made the cars affordable despite their costly EV batteries. Since then, EV battery prices have fallen. However, new luxury EV competitors have entered the market. Hence, electric car prices are rising even when their batteries are getting cheaper. Let’s understand this scenario.

A year after the launch of the Nissan Leaf, Tesla entered the EV market. It launched its first luxury sedan, the Model S, in 2012. It was an instant hit, and it successfully displaced the Nissan Leaf, dominating the electric car segment in the US. Tesla has been on a roll ever since.

Today, a Tesla is synonymous with an electric car in the US. This is because Tesla positioned itself as a luxury brand (similar to Apple) and tapped in on exclusivity.

Since Tesla is the most popular player in the EV segment, companies like GM, Honda, Ford, and Rivian have launched luxury EVs to keep up. The idea is that once these companies establish themselves in the market, they will pour money into developing lower-end vehicles. The only problem? This model affects mass EV adoption, and the sticker price on EVs remains steep compared to their fuel-powered counterparts.

While many developed countries struggle with this pricing problem, governments like that of China have prevented this problem in a way.

EVs in China get sold for a fraction of the price of electric cars in the US – this is because China focused its EV manufacturing capabilities on the lower market segment from the start. Thanks to the sustained R&D efforts over the years, China has superior EV battery technology and the necessary EV infrastructure in place. Besides, carmakers have tremendous backing from EV-friendly government policies. These are among the main reasons why EV prices are dramatically lower in China and adoption rates are high.

Countries worldwide can follow suit. They can actively prioritize affordable EV ownership through manufacturing subsidies and government-backed policies. This is an effective way to lower the price of electric cars and boost adoption rates.

Many governments have started investing money in promoting clean energy alternatives, but customers still face the challenge of finding comparative EV charging stations near their residences or offices, complete with parking, digital payment, and navigation. Get My Parking’s smart parking platform integrates with any parking lot and EV charging hardware to provide easy discovery and payment for parking and value-added services through a custom-branded app.

Take a look at our complete suite of smart parking solutions!