After a decade of stable parking fees in Kolkata, citizens may have to pay double the amount to park their vehicles in lots across the city. The Kolkata Municipal Corporation has placed the proposal for revised rates before the board of administrators in November.

The department proposed the revised rates at Rs.20 per hour for cars instead of the current Rs.10. While for two-wheelers, the suggested parking fee is Rs.10 per hour instead of the present rate of Rs.5. 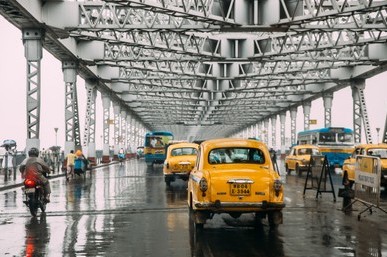 It’s interesting to note that the corporation had attempted a similar revision of rates in April 2019. However, the decision was soon revoked under public pressure. While the expert committee is still to present its final opinion on the price hike, the KMC car parking department is positive about the changes. They may also soon notify citizens of the new structure, which will be applicable from 7 am to 10 pm.

What led to this decision?

Owning to the continuous requests of parking co-operatives to raise the parking fees in Kolkata, the KMC proposed the hike first in April 2019 and now again in 2021.

This step is taken to generate more revenue for the department and put a halt to the alleged overcharging at several parking spaces. These revised prices are only applicable during the day, and there are no parking charges at night. Moreover, officials are encouraging people not to park illegally on the roads during the night and pay the parking fee for the designated parking lots.

According to the officials, the effect of this price hike would be two-fold.

For starters, this decision will increase the revenue for the parking department, which took a hit during the pandemic. The 18 months of the pandemic and the lockdown witnessed zero to a minimum number of vehicles on the road.

Besides, the parking department had also announced a waiver on the fee collection from parking agencies in 2020. All these decisions led to minimal earning during the period and the KMC is hoping to make up for the loss with the price hike.

The department officials are also expecting to reduce the pressure on designated parking lots across the city with this price rise. Anyway, with the increased number of car owners on the road, the city is also tackling massive vehicular traffic as well as uncontrolled parking of vehicles.

Now with this decision in place, it might encourage people to make less use of cars, thereby also leading to fewer emissions and subsequent air pollution. So, doubling the parking price in Kolkata can come as a huge relief to the environment, pushing people towards the use of public and alternative transportation.

With the rise in parking rates in Kolkata, we can expect to see better use of parking spaces and less use of cars. This can also bring a positive change towards the issue of increasing pollution and congestion in the city.