Experts say that we are nearing the pinnacle of automotive safety. Thanks to advancements in engineering technologies, the evolution of car brakes and in-depth analyses of previous crashes, newer vehicles are replete with robust safety features that protect you at high speeds.

However, even today, the primary safety feature in a vehicle is its brakes. The braking technology has been around in its raw rudimentary form since the day humans invented the wheel. It has quite literary evolved from wooden blocks to finely-tuned engineering systems. 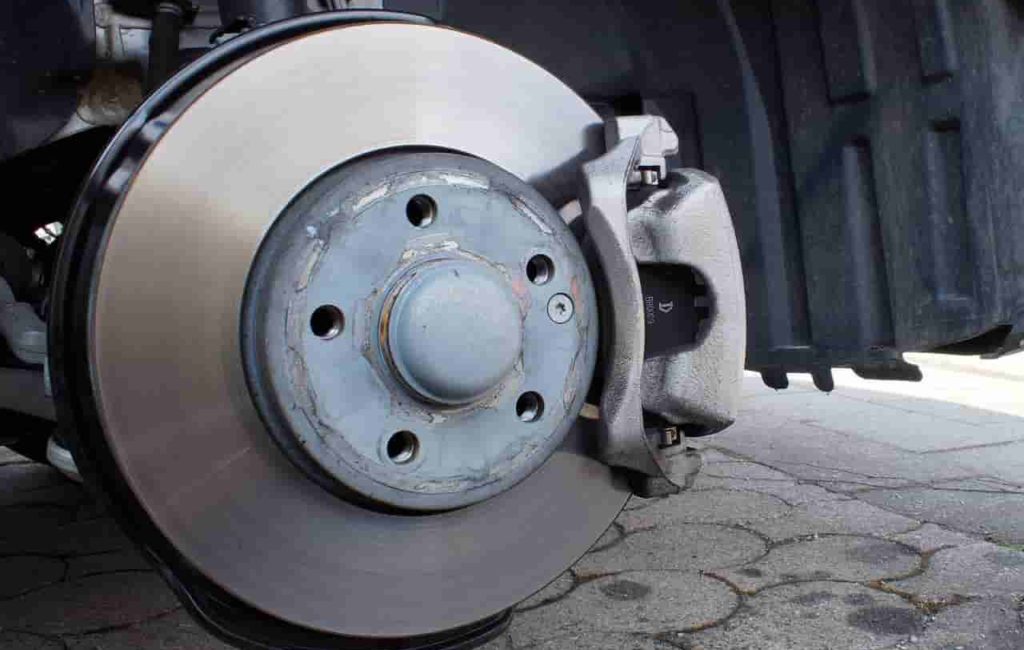 We apply automotive brakes every day without realizing their history and evolution. This seemingly uncomplicated technology is, in fact, a human marvel we know very little about. Let’s change that, shall we?

A brief history of automotive brakes

Believe it or not, the earliest form of braking technology was used in bullock and horse carts. A completely manual contraption, bullock cart brakes, also called wooden block brakes, were nothing but a wooden log hung from a rope. The other end of the rope was fastened at the front of the cart.

Every time the driver wanted to stop the cart, they pressed their foot on the rope to grind the log against the front cartwheels and jolt to a stop.

Fast forward a few years to a time when the advent of the internal combustion engine led to further developments in automotive technology. However, the preliminary vehicle manufacturers gave little or no consideration to brakes, and rightly so. At the time, brakes in cars were simply not needed.

The friction in the drive train of early vehicles was so substantial that they would decelerate without brakes. However, this phenomenon only lasted a short while. With the rapid development of newer models, which were stronger, heavier, and more importantly, faster, a need to introduce proper braking was soon felt.

Therefore, the preliminary cars carried mechanical drum brakes developed in 1902 by Louis Renault but theoretically invented earlier by Gottlieb Daimler. This braking technology involved anchoring a cable-wrapped drum to a car’s chassis to halt it.

The innovation in car braking technology

Now, we’ve come a long way from primitive drum brakes to modern braking technology. Here is the timeline for the same:

Before the invention of external shoe brakes, all cars housed a braking system installed outside the vehicle. This technology was often a recipe for a breakdown as these brakes collected dust, debris, water and were often rendered useless by fluctuations in external temperatures.

These issues called for brakes to be installed within the vehicle’s frame and were called expanding internal shoe brakes. Automotive aficionados consider this technology as path braking in the evolution of car brakes systems.

Nearly adopted by every vehicle come 1920, hydraulic brakes used fluids to transfer stopping force to the brake shoe each time the driver pressed the brake pedal. Invented by Malcolm Loughead, this was a four-wheel brake system.

Even though these brakes became extremely popular and every car at the time installed them, they were first fitted in all four wheels of a Model-A Duesenberg car.

Even though these brakes were first installed in Jaguar C-Type in 1952, William Lanchester invented and patented them in 1902. Disc brakes showed their prowess with vehicles’ increasing weight and speed, which started to become difficult for the hydraulic braking system to handle.

These brakes work like a bicycle brake, meaning a caliper along with brake pads pinches a disc installed in the vehicle’s wheels, causing it to stop.

The Road Research Laboratory (RRL), along with Dunlop, developed and tested anti-lock brakes or ABS on a Jaguar Mark VII in 1958. But, the first ABS were fitted in a production car, the Jensen FF Sports Sedan, in 1966. ABS is also often referred to as a safety feature that prevents your car’s brakes from locking up when in use.

A standard feature in most cars these days, power-assisted brakes use a tiny pump to compress air and stop your car. Even though we use sophisticated power brakes today, a more elementary setup for the same was invented long back in 1903 by the Chicago-based automotive manufacturer Tincher.

We’re sure you’ve noticed how automobiles have dramatically changed over the past few decades. In the same manner, the evolution of car brakes has kept up with new-age vehicles. But, the one thing that remains unchanged is the need for fail-safe brakes that make our commute safer each day.