Several car aficionados argue that fifth wheel parking was ahead of its time, and they were right! Even though this concept never took off in the 30s and 40s, a more advanced version of something similar is a sought-after feature in modern-day cars. We call it the “parking assist.”

The parking assist feature might seem novel to you, but in no way is it a recent innovation. In fact, Brooks Walker laid at least the ideological foundation for the same way back in the 1930s. Sure, cars that use parking assist today don’t have a fifth wheel helping them park. But, the idea behind yesteryear and today’s parking assist is the same – to help you not dread parallel parking. 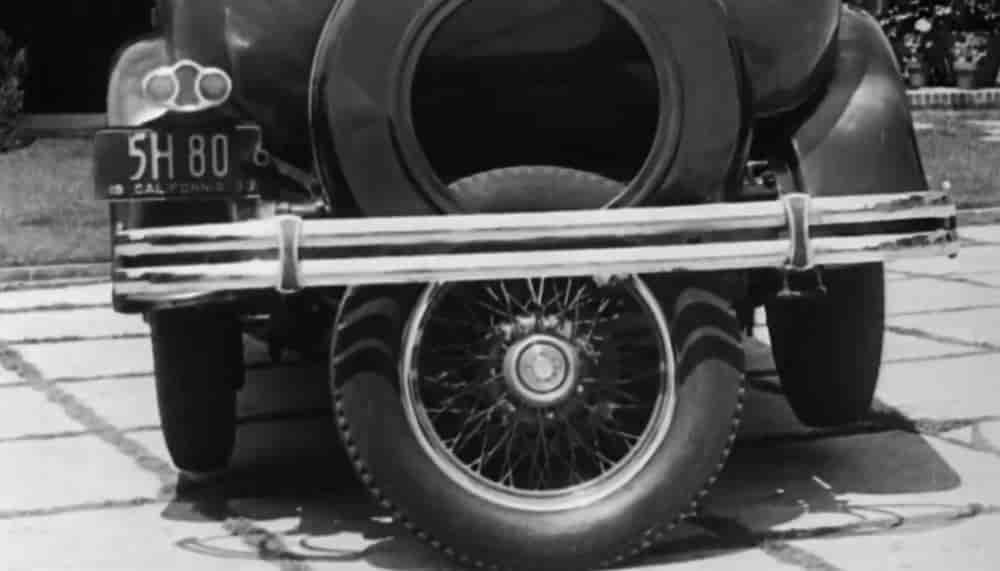 What is fifth wheel driving/parking?

Let’s take a quick trip down memory lane, where a nifty vehicular innovation could make it easier for drivers to squeeze their cars parallelly into a tight spot. This mechanism was christened “fifth-wheel drive” by the inventor himself.

It used a hydraulic pump to push the car’s stepney or spare tire down on the ground. This was done so the driver could maneuver their car in-and-out of a parking space by swiveling it radially.

Hard to visualize this system? Below is the link to a video that will help you picture this ingenious innovation.

The vehicle Bruce Walker used to test his fifth-wheel parking prototype was his own Packard Cavalier. When it worked like a charm for him, he demonstrated the “fifth wheel drive” at numerous auto shows.

Not only that, a newsreel narrator picked up on this innovation and chimed:

“With new cars getting bigger and parking spaces getting smaller … an inventor has developed something to soothe the motorist’s headache.”

He was, of course, raving about the fifth-wheel parking.

Now, many automotive experts promulgate that all parking woes vanish if you add a fifth wheel to your vehicle, no one knows why this concept never took off.

It’s not like this invention didn’t see the light of day. It did get a fair share of publicity, and a proper working prototype was there for various stakeholders to see. However, big automotive companies simply did not jump on this bandwagon.

One can argue that perhaps they lacked the foresight or thought buyers would be unwilling to spend extra just for this mechanism. But, nothing can be said with surety as nothing about this concept’s poor uptake is adequately documented.

Although, the inventor was unwilling to give up on his invention. He went on to patent his design and was awarded one on 6th December 1938, six years after the invention.

After this, Walker installed the fifth-wheel drive/park mechanism on a 1951 Cadillac. He called it the “Park Car” and also mentioned that mechanics could retrofit this system in any car at the time.

Even though the fifth-wheel parking designed by Brooks Walker never took off, history fondly remembers this inventor and calls him a kindred spirit. This is because regardless of how his innovation fared, he continued to perfect his parallel parking mechanism until the 1970s, which is when he passed away.

So, the next time you engage your parking assist to smoothly park into a tight spot, remember it was him who laid the foundation of this concept.