From free-of-cost horse-hitching posts to paid AI-driven car parking systems, it’s no doubt that parking has come a long way from its humble beginnings. What was once limited to the curbside transitioned to dedicated lots and huge garages, with sophisticated parking and payment mechanisms. But what led to us monetizing parking?

Well, it all started with the introduction of parking meters. So, let’s unpack this monumental moment in the history of parking. 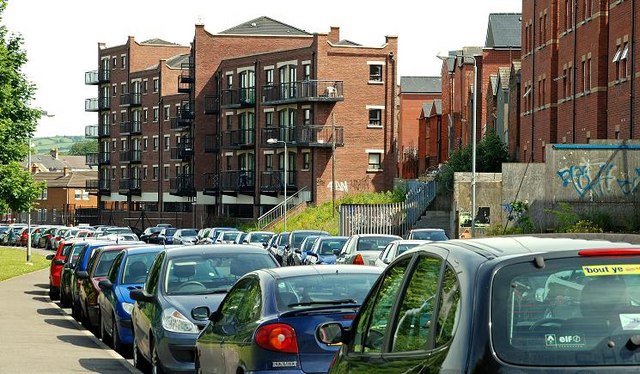 Let’s go back in time. Imagine the plight of an urban planner in the USA circa the 1930s.

Automobiles, which were once the luxury of the rich, had now become de rigueur for the masses. Roads meant for buggies and horses now had to transport thousands of cars to and from work daily. By the 1920s, shopowners had lodged earnest complaints about the vehicles left by workers during the day, due to which the business was dropping rapidly, as shoppers had no place to stop.

This problem was faced by cities all over the US. But it was Oklahoma that came up with a solution. Distressed shopowners turned to the renowned newspaperman Carl C. Magee for relief. Magee came up with a creative solution of his own – a contest calling for designs for a timing device that would allot set amounts of time for parking.

The Black Maria –the contest winner – was based on a machine developed by Gerald A. Hale and Magee. Hale and Magee moved on to open the Magee-Hale Park-O-Meter Company and installing the first-ever parking on the southeast tip of First Street and Robinson Avenue on July 16th, 1935.

Powered by a clock-like mainspring that required periodic winding, these completely mechanical contraptions were placed at 20-foot intervals along the pavement and required you to pay a nickel for each hour your car is parked for. This was the beginning of wave that made monetizing parking the norm in modern society.

As with every decision related to parking, these devices sparked controversy in no time. Drivers were furious, calling the parking meters a tax to own vehicles. But they parked at the metered spots nonetheless because they couldn’t find a spot elsewhere.

Soon, it became downright challenging to find a spot without parking meters. Storeowners clamored for them, and Oklahoma City officials were none-too-disappointed with the extra revenue stream.

In a single summer, the era of monetized parking had begun.

Soon, the idea of monetizing parking spread through the USA like wildfire. Parking meters kept popping up across the USA, and so did new parking companies. By the 1940s, the USA had more than 140,000 parking meters, with the new industry generating over $10 Million a year (with inflation – $195 Million in 2021).

Fast forward to the 1980s – the period when parking meters underwent some serious technological transformations. Simple mechanical contraptions now ran on the battery. New York was the first to transition to the battery-powered system in 1995 by. By 2006, all the mechanical systems were replaced.

In a nutshell, what was a result of a mere newspaper contest, turned into a full-fledged system and an industry that millions of Americans interact with every day.

So, that’s how parking monetization came to be.

The USA has come a long way from a handful of one-sided mechanical parking meters to 4-5 million electronic parking meters. Many states also have installed solar-powered parking meters and pay-by-cell phone features as a step towards sustainability and convenience.

Moreover, with the rapid advancements in technology and AI, it’s not far-fetched to say the entire parking system – from monetization to mechanisms – is up for another substantial transformation in the coming years.