To make cities smarter, municipalities worldwide continually deploy various “Smart City” solutions that enhance the quality of urban life. These solutions include smart parking and surveillance facilities, smart street lighting, and sensor-based waste management systems. Nonetheless, making cities “smarter” comes with its own set of challenges. And, Smart city solutions require an upgrade. And, it can be delivered by using the 0G network for smart cities. 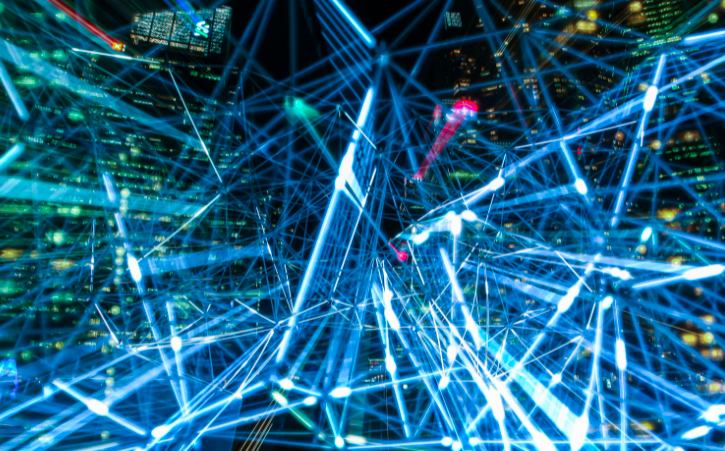 What Is the 0G network?

Simply put, a 0G network, with the help of any broadband connection, can power up simple IoT devices facilitating the exchange of small messages/dataover long distances. This network does not depend on costly IoT devices that require SIM cards or complex installations for implementation. Instead, it uses radio frequencies for speedy communication.

Sigfox, a French company, is the initiator of the 0G network, and they wanted to provide a low-cost, low-power connectivity solution for machine-to-machine communications and IoT applications.

0G Network in the Age of 5G technology

The fourth industrial revolution is projected to lead to massive IoT adoption. And to this effect, 5G technology is paving the way. 5G is remarkably fastand comes with specifications like higher bandwidth, lower latency, etc.

Then why choose a 0G network?

Connectivity costs incurred to operate the IoT devices are usually high. A 5G approach is expected to function at similar costs. This, in turn, decreases the commercial viability of low-cost devices like end-points, sensors, etc. for communicating information. However, in the case of 0G networks, the connected devices can operate at low-bandwidths so, the costs of deployment are equitable.

Besides, a 0G network is designed specifically to overcome connectivity and security challenges common to IoT applications. So, it provides a 24×7-connectivity to the IoT devices, allowing users to send information whenever and wherever. Nonetheless, the whole spectrum of connectivity from 0G to 5G will be needed to operate the smart city solutions smoothly.

Why Is 0G Network the Future of Smart Cities?

Presently, the 0G network has a presence in over 70 countries worldwide – it is the first and only global IoT network with such outreach. Capable of offering a host of benefits, from lower upfront investment to quick response time, this network can jumpstart the smart city transformation.

Here’s what makes 0G network the future of smart cities.

Unlike traditional networks, the 0G network is more secure. As this tech only allows one-way communication between the device and the base system, it limits the scope of network attacks. Once the message is transmitted, the connected device goes into sleep mode, due to which, the 0G network is less susceptible to security breaches.

Additionally, messages over the 0G network are passed randomly. Therefore, it is immune to Distributed Denial of Service (DDoS) attacks, making it impossible to shut down the network. This feature resolves the security concerns that have long been a barrier to smart city solutions.

Not all cities have 24×7 access to utility services – electricity, water, broadband, etc. They often incur high energy costs, which is why most smart city solutions suffer from inconsistent operations. But with the 0G network, it’s the opposite. Devices connected to the 0G network have lower energy consumption and a predictable battery life span. Best of all, they have little to zero maintenance needs, making it an energy-efficient and sustainable solution.

IoT applications and devices connected to the 0G network are low-costand easy to implement. They do not rely on any complex infrastructure, installations, or cables to function optimally. Besides, the initial investment for the 0G network is lower in comparison to traditional smart solutions. And most importantly, the recurring operation and maintenance costs are low.

0G network is a cognitive network based on a software-defined radio, meaning – the network uses its cognitive abilities to sense and adapt to the wireless environment. It facilitates communication over a multi-band radio technology that can be improved using software upgrades.

This is why the 0G network is compatible with various software and technologies like AI, Blockchain, Bluetooth, GPS, 2G, 3G, 4G, Wi-Fi networks, etc. City administrations can combine 0G network with other connectivity solutions to enrich the end-user experience further.

Reach of the 0G network is unbeatable. It offers extensive area coverage with indoor penetration for smooth message transmission over long distances. It also equips end-users with access to universal wireless communication at reduced costs – by detecting and adapting to the available frequency spectrum and wireless networks for optimum usage.

Recently, Sigfox (the company behind the 0G network) released the radio specifications to the public domain, inviting independent developments in B2B and B2C applications – a standard similar to the Bluetooth technology.

It is no secret that 0G technology will facilitate the democratization of IoT by enabling more accessible andscalable open-source implementations, and power up the industrial change for better smart city solutions.