Reforming urban mobility seems to be the greatest challenge facing policymakers across the world. After all, the numbers speak for themselves – According to the United Nations, an estimated 1.3 million people become victims of some form of road accident each year. Let’s find out the best smart mobility cities in the world. 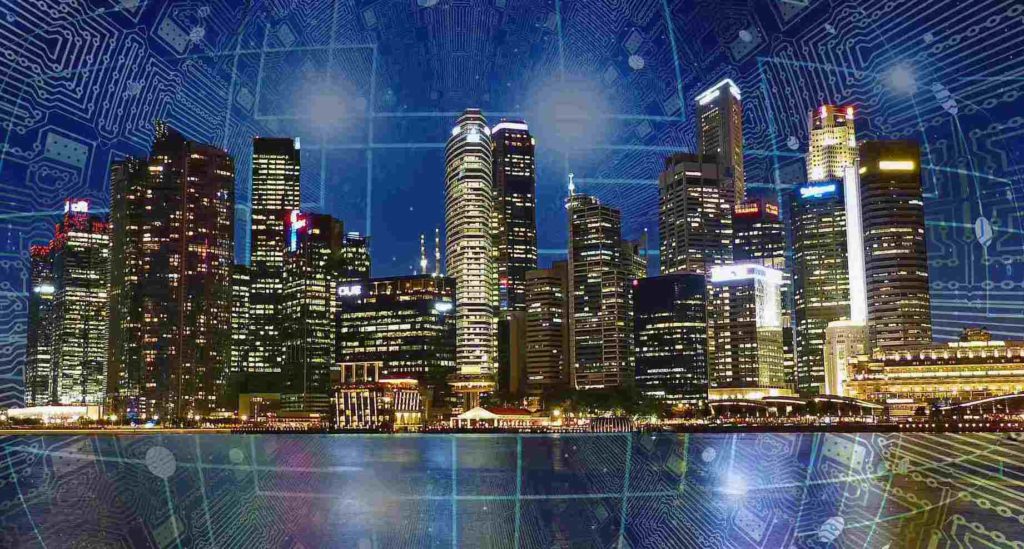 Besides the staggering economic cost of $100 billion, such fatalities have a higher cost attached – unimaginable grief and suffering. Moreover, traffic congestions cost $115 billion+ each year to the US alone! And that’s not it. Road traffic accounts for 80% of the total CO2 emissions. If the current trend of mobility persists, it is estimated that around 9000 megatonnes of CO2 will be released into the atmosphere each year. Such numbers are not sustainable!

Cities stand in dire need of a change in their transport system. That change is smart mobility.

To achieve all of this, the concept of smart mobility is supported by elements such as clean and eco-friendly electric vehicles, carpooling and ride-sharing services, multi-modal integrated transport systems, and an extensive network of transport infrastructure. And at the heart of it all lies the key driver – IoT or the Internet of Things.

Smart Mobility Cities that are Leading the Pack

When it comes to the concept of smart mobility, some cities are outdoing the others. The following is a list of cities that are defining smart mobility for the rest of the world –

The city of Singapore had to top the charts. After all, the city scored the first position in Juniper’s Global City Performance Index for its smart mobility measures. And the key driver to its smart mobility is its policies aimed at discouraging private car ownership. The city has launched the Smart Mobility 2030, jointly developed by the Land Transport Authority (LTA) and Intelligent Transportation Society Singapore (ITSS).

Under this project, cameras have been installed throughout the city (mounted on traffic lights) to catch the offenders red-handed. The cameras can detect the speed of the vehicle and if the speed exceeds the recommended limit, the offenders can be seized. Moreover, the gantry system is set to be replaced by a new Electronic Road Pricing System (ERPS) – motorists will now be charged based on the distance they travel instead of a flat fee.

Furthermore, a new smart traffic light control system will also be used wherein pedestrians and vehicles can receive real-time information on the presence of traffic to reduce waiting time and smoother traffic and pedestrian flow.

Since the city does not have the room to make wider roads for accommodating the increasing number of vehicles, San Francisco has constantly been implementing various measures such as the use of connected devices, wireless sensors, etc. to make mobility smarter. For example – The city’s SFpark project employs wireless sensors that detect the availability of parking spaces in metered parking areas. The success of the project is evident through the numbers – 30% less GHG emissions and 30% fewer miles travelled (in search of parking).

Moreover, the city’s Department of Transportation launched a smart city challenge where proposals were made to direct focus on a shared and connected network of electric vehicles for community use. These cars will have advanced sensors that will help prevent road accidents. The approach to smart mobility does not end there. The city uses mobile apps for delivering information on the traffic situation, ride-sharing services (cars and bikes), and offers affordable transportation costs so that even low-income individuals can have access.

The citizens of the innovation capital of the world are encouraged to use public transit, even bicycling and walking wherever possible, to reduce traffic and environmental burden.

For the city of London, the Connected London program is one of the major means to achieve connectivity and smarter streets. For this, implementation of 5G is a must, even in the “not-spots” – areas with the limited network coverage. Since 5G cell towers need to be installed every 200 meters, the city has decided to use drones to detect safe and unused spaces for their installation. Also, the city’s many street lamp units have been installed with smart cameras, sensors, even EV charging points to improve traffic flow, prevent accidents, and encourage the use of electric vehicles.

Furthermore, what is remarkable about London is that the city aims at becoming the most walkable city. So, walking, bicycling, or using public transport for daily commuting is being encouraged on a wide scale.

Ranked Alpha on the smart city world ranking, the city of Chicago has won the ITS Midwest 2018 Project Award of the Year. The city’s legacy systems have been converted into smart city solutions based on cutting-edge technologies such as IoT (Internet of Things), eliminating silos between agency departments. Automated Enforcement cameras have been installed throughout the city that gives real-time information on traffic, vehicle speed, and vehicle count round-the-clock.

Besides, Chicago’s authorities have promoted several measures to accomplish their vision of being a leader in smart mobility – implementation of Travel Demand Management programs to discourage the use of low occupancy travel trips, investment in critical smart parking infrastructure, launching of an AV (Autonomous Vehicle) pilot and a scooter-sharing pilot, encouraging the use of EVs (Electric Vehicles), and establishment of a Chief Mobility Officer (CMO).

For the Japanese capital, smart mobility projects are, first and foremost, a means to a higher goal – to become the greenest city in the world. The city already has a highly efficient transportation network, with the star being the bullet train which runs with a speed of up to 600 km/hr. Moreover, trains meet the commuting needs of around 34 million passengers a day. The city’s efficient use of IoT technology has enabled trains to run 24×7 with no need to bring down the closing time.

With the aim to create a “zero-emission” Tokyo, the government is encouraging and promoting the use of electric vehicles. For this, EV chargers are being rigorously installed at apartments and condominiums.

With its GoBoston 2030 campaign, the Cradle of Liberty’s prime goal is to improve the public transportation system. For this, digital kiosks that go by the name – Neighborhood Mobility microHUBS – have been installed that inform the residents of any given community of the best public transport options at a particular point in time.

Moreover, the city has successfully transformed its average streets into “smart streets.” Meaning, streets like Beacon Street and Massachusetts Avenue have been mounted with cameras and sensors that monitor and learn about the ways people navigate and interact with the streets.

As far as the latest projects of the city go, the focus has been road safety. In partnership with Verizon, the city uses video cameras, sensors under the road, LED lights, and a web-based platform so that streets can better understand road safety hazards and implement smart city services such as traffic rules, better signage, etc. Also, Boston’s public bike share system known as Hubway has greatly encouraged people to use more sustainable means to get around the city.

Finally, experimentation with self-driving cars is a big rage, given the implementation of IoT connected devices.

Thus, smart mobility is like a triangle, having three-fold effects – on the environment (lower pollution), on the economy (maximization of productivity), and on the society (higher quality of life for citizens). And given its many benefits, it is the need of the hour that every city worldwide commits itself to the development of a smart mobility system, without which, the dream of sustainable development may remain implausible.