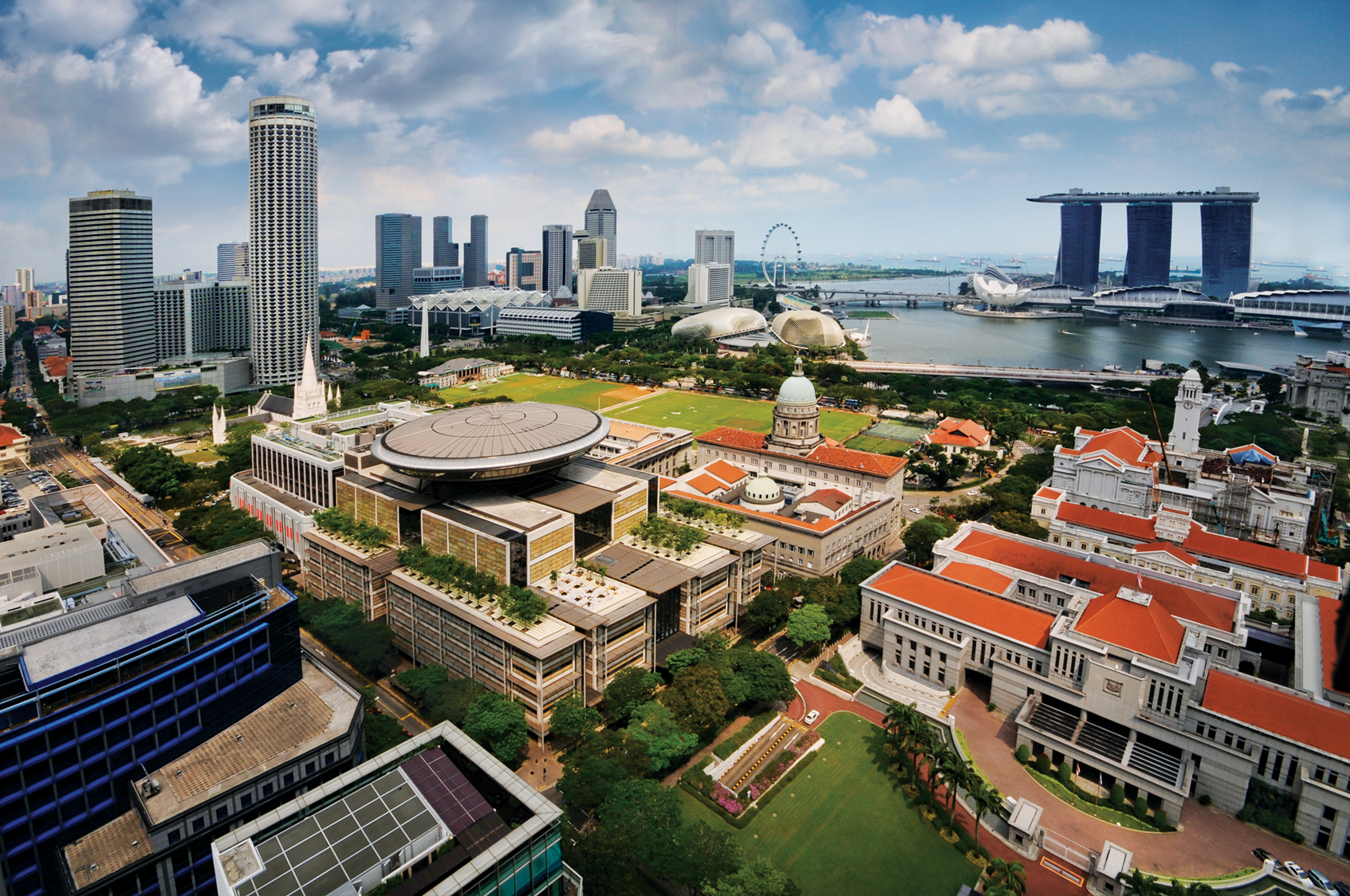 Singapore is the land of power and development. A small country in Southeast Asia with no natural resources, it miraculously emerged from an underdeveloped nation to a first-world country in just the span of one generation, under the administration of the founding father – Lee Kuan Yew. As the nation progressed, it undertook the role of setting the benchmark as a smart nation. Explore Singapore’s smart city initiative!

Singapore has implemented cutting-edge digital technology to build smart cities. Prime Minister Lee Hsien Loong described a smart nation as a place for people to have meaningful and fulfilled lives, enabled by technology. He remained true to his words as the government’s smart city initiative deployed and harnessed technologies to enrich the lives of the citizens by. Through the power engines of ICT and geospatial technology, Singapore has capitalized on the digital revolution, its relentless pursuit of a sustainable economy amid land constraints and an aging population a shining example of determination and discipline. In its vision to turn the entire country smart, Singapore is constantly working on problems of mobility, energy, and population.

The government has identified five crucial areas that impact society – transportation, environment, business productivity, health, and public sector services. With this understanding, the smart nation initiative is working to address the challenges of urban mobility and build an enabling infrastructure ecosystem.

When rapid urbanization led to frequent traffic congestion, part due to unorganized parking systems, Singapore launched the ‘Parking Guidance System’ initiative, giving drivers access to real-time parking availability. The system used the existing parking space efficiently by displaying information on electronic sign displays or on a user’s mobile app. It helped drivers to stop driving around aimlessly in an attempt to find a space, which in turn, curbed traffic congestion in the city. Traffic sensors, surveillance cameras, travel time calculator, and roadmaps were subsequently installed, making Singapore one of the most organized countries in the world.

Also Read: What Is The Future Of IoT In Singapore?

The implementation of modern technology to improve citizens’ lives has been a top agenda for Singapore’s smart city initiative. An outstanding example of this can be seen in the smart infrastructure across the nation, built using fiber optics and sensors.

A waste management program was introduced along similar lines to launch smart waste bins. Monitors and motion sensors were installed on the lids to gather information about waste disposal. This system proved efficient for the waste collectors who could step-up their route plan based on the data collected from the smart bin sensors.

Another major initiative was undertaken to increase safety and provide a sense of security to the citizens. An online portal for a web-based digital police center was created by the Singapore Police. This allows the citizens to file reports, get access to police information and manage official tasks like filing applications online.